Top Posts
This Indonesian Religious Site Offer Sex Between Strangers (NSFW)
12 Places I Want To See Before I...
Mahaparinirvana Express – IRCTC’s Premium Buddhist Circuit Train...
How To Play Safe Holi in Vrindavan –...
These 7 Actions Can Make A Difference To...
These Amazing Quotes Will Make You Fall In...
The festival of colors, Holi in Mathura, Vrindavan...
Everything You Should Know About Measles-Rubella Vaccination Campaign...
The Significance of The Kumbh Mela 2019
This World Map Shows the Literal Meaning of...
Category:

Have you ever wondered what the name of a country means? What it stands for? How it became the name?

We live in a generation where we can travel so easily like never before. We’re free to roam the planet and discovering new countries and cultures. But how much do you know about the people who lived and explored these destinations in past?

An Australian website has made a world map with the literal translation of country names. They have consolidated the data from sources such as The World Fact Book and Oxford Dictionaries, the map shows the historical meaning of each country’s name, as far back as their earliest literal translations go. 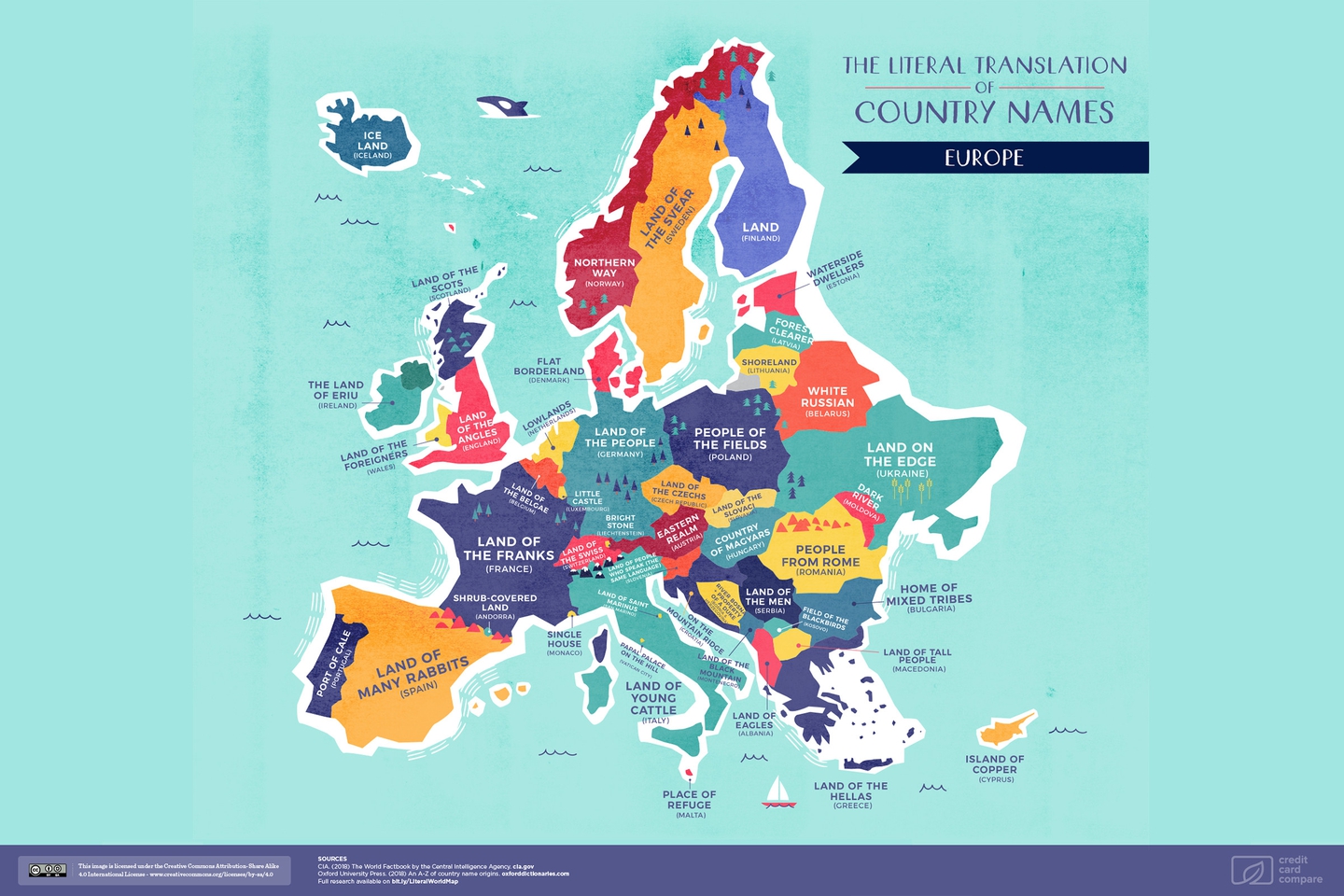 European country names reflect the lands and those who had explored them. For instances, France—the Land of the Franks—comes from German tribes the Franks. Its old German word ‘franka’ means fierce, so France becomes the land of the fierce, which seems somehow less appropriate these days. Norway is a literal adaptation of Northern Way referring to an ancient Viking route. 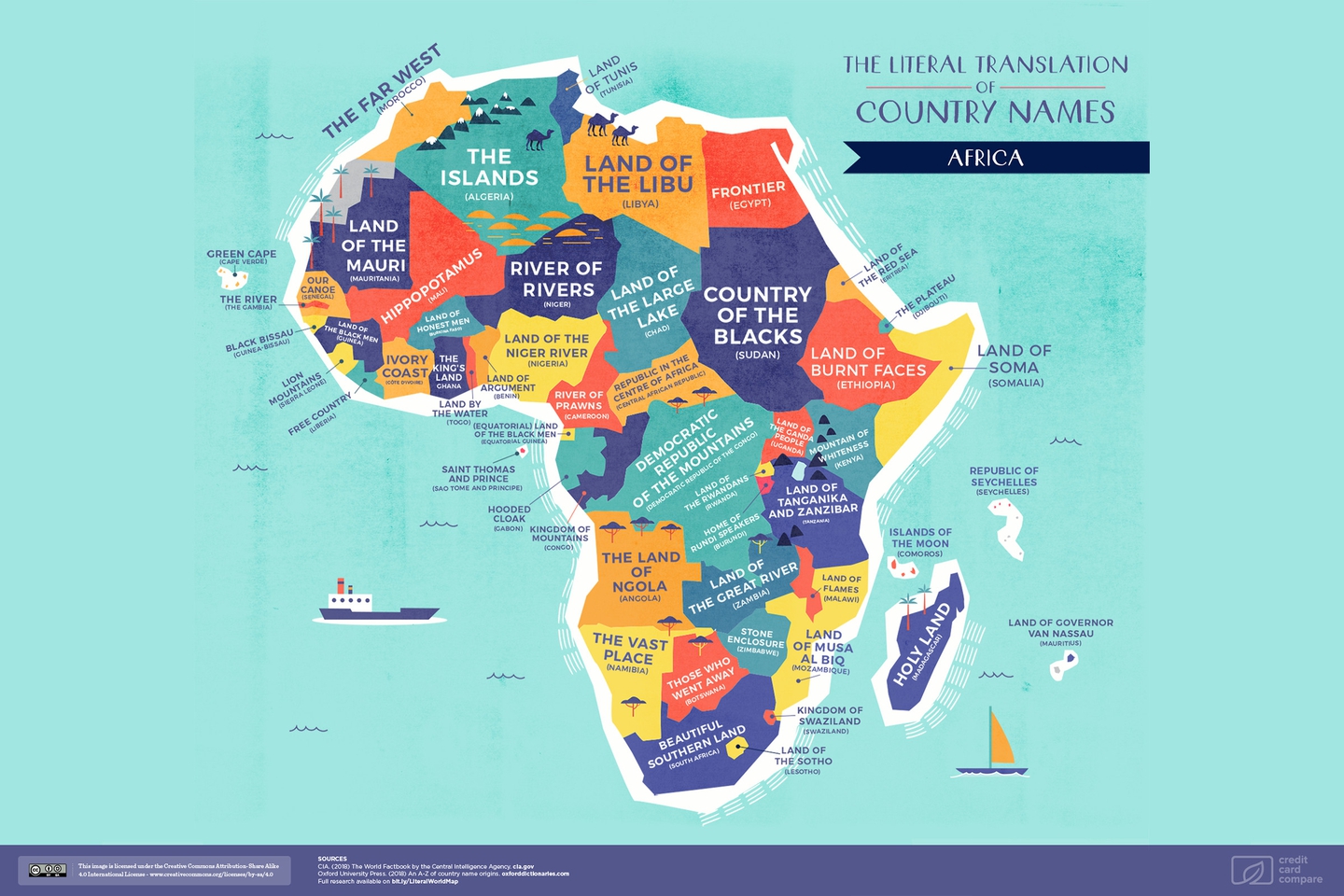 The country names in African continents are named after the peoples’ appearance or their religious belief like Malawi as Land of Flames, thought to describe the ancient local ritual of burning dead grass away to prepare the land for cultivation. Sudan is also taken from ‘Country of the Black’.

Even there are countries in Asia and whose name describes the original inhabitants of that particular region like Macedonia, which means ‘Land of Tall People’, Thailand means ‘The Land of Thai People’. 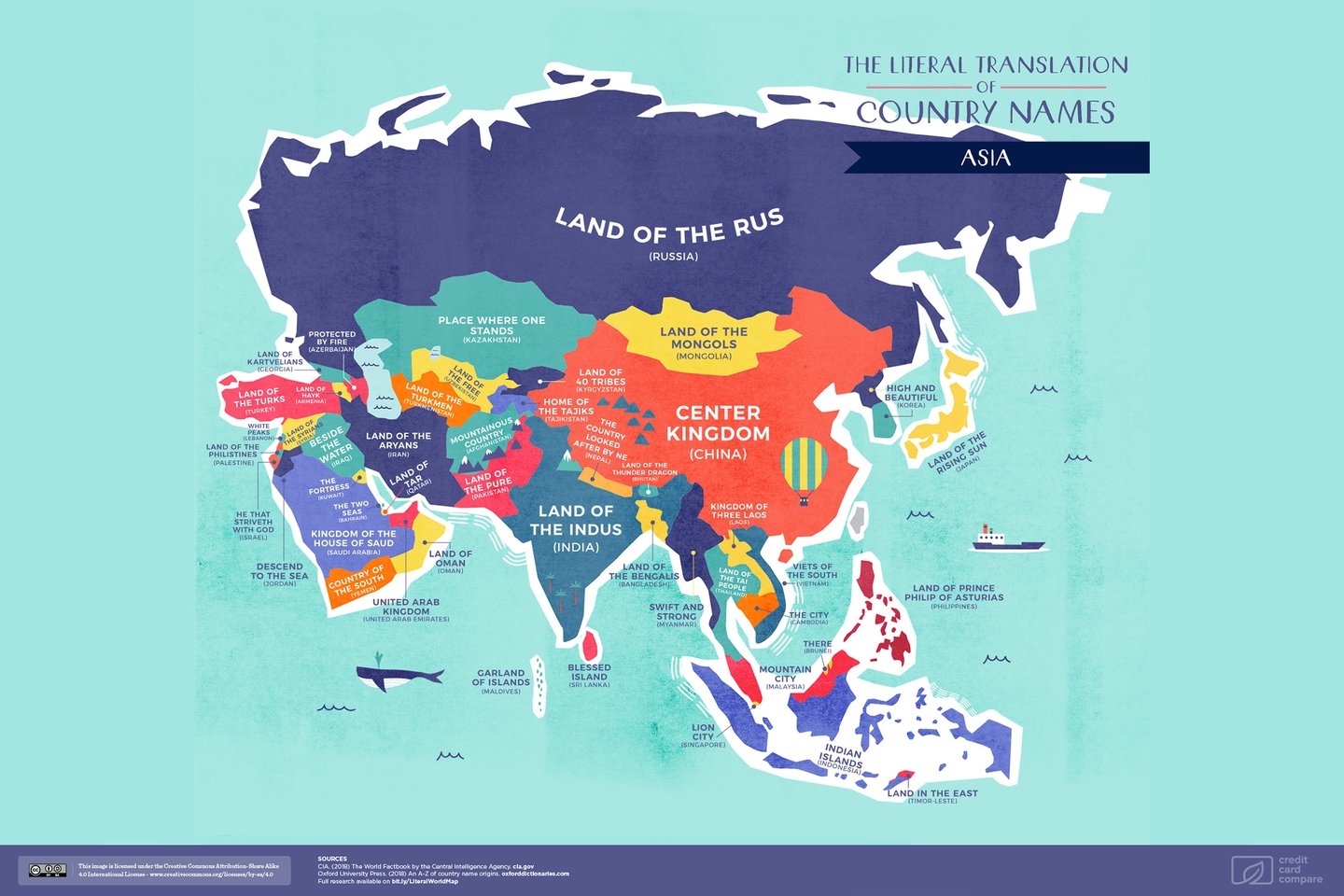 Australia translates to ‘Southern Land’ whereas  New Zealand stands for ‘The Land of the long white cloud’. 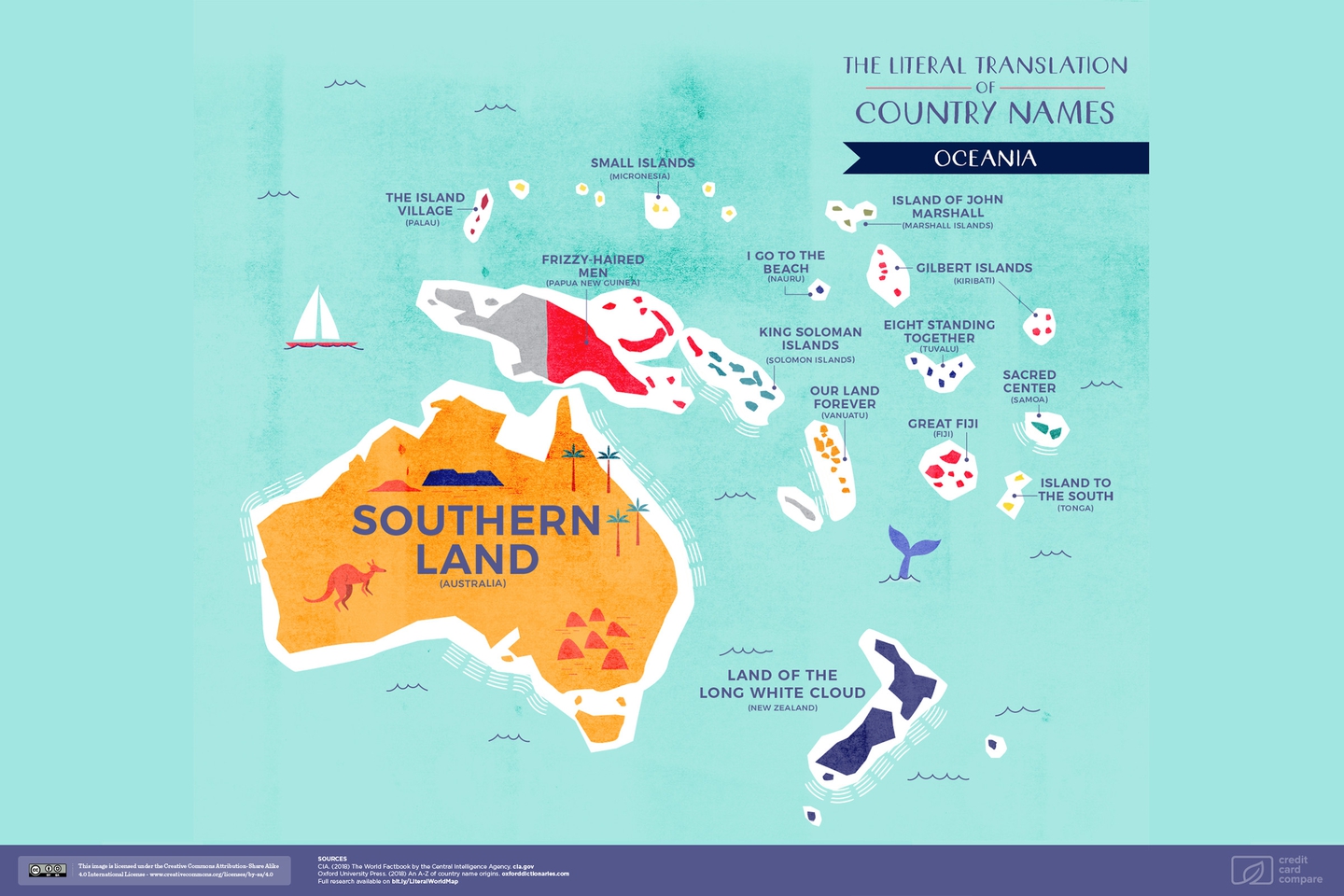 However, some names are based on observations, like Panama, which means ‘Place of Abundant Fish’. 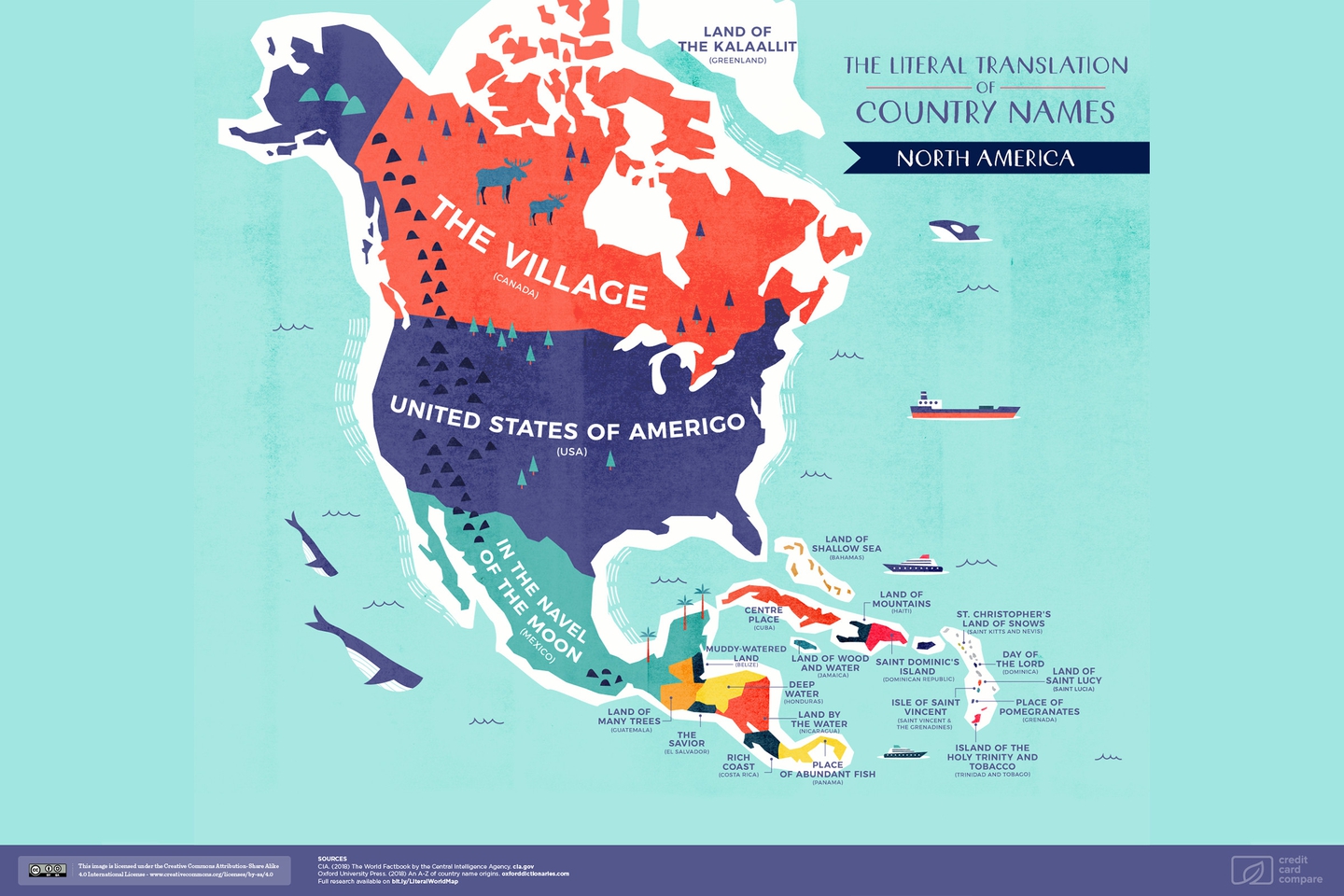 South America has some of the most diverse ecosystems on the planet. It’s also home to the world’s largest river: the Amazon. It shouldn’t come as a surprise, then, that many of the country names reflect.

The abundance of water found there. Guyana is derived from an indigenous Amerindian language and means ‘Land of Many Waters,’ while neighboring Venezuela is named after the city of canals, ‘Little Venice’. 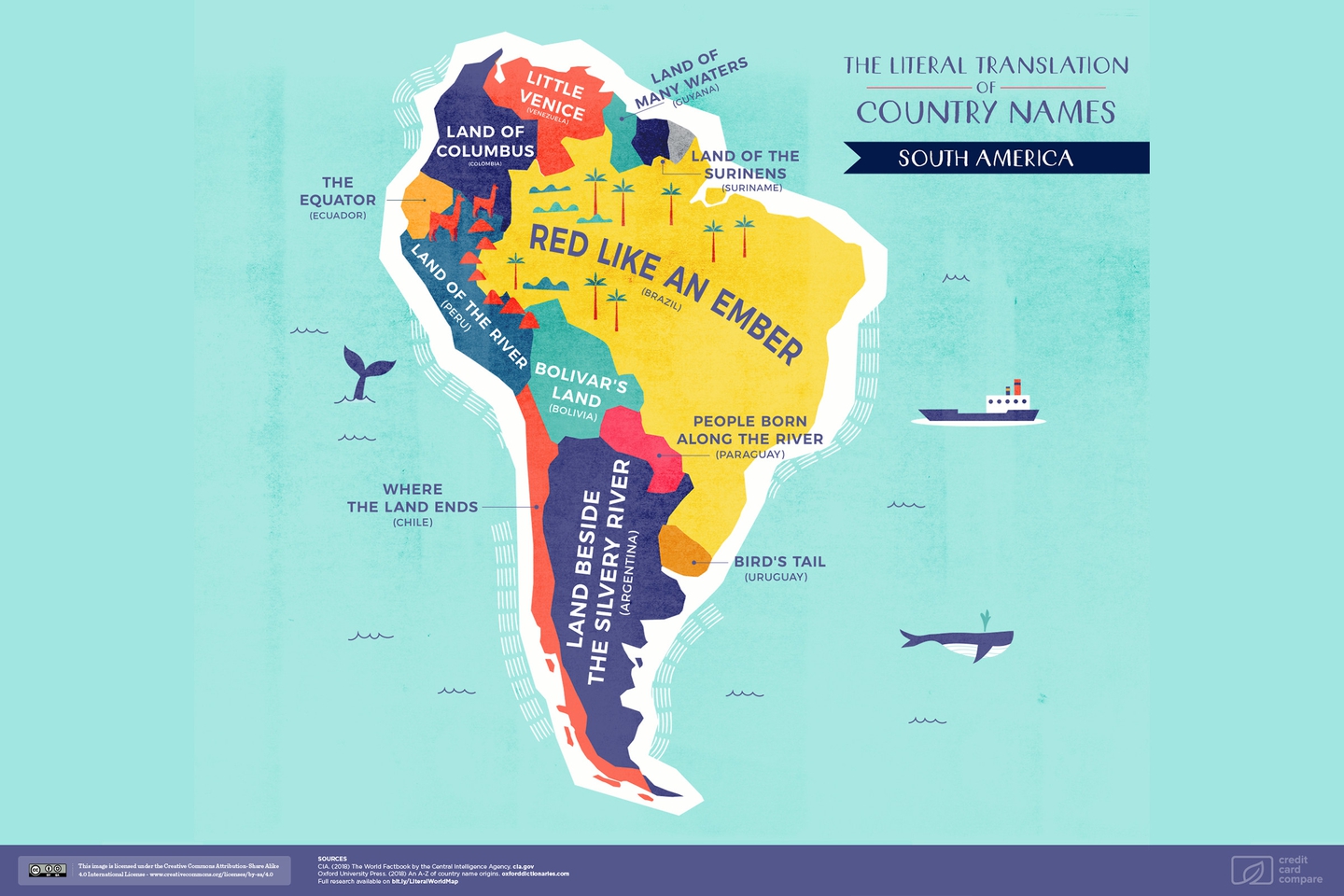 What does your country’s name translate to? Do let me know by commenting below.