Top Posts
This Indonesian Religious Site Offer Sex Between Strangers (NSFW)
12 Places I Want To See Before I...
Mahaparinirvana Express – IRCTC’s Premium Buddhist Circuit Train...
How To Play Safe Holi in Vrindavan –...
These 7 Actions Can Make A Difference To...
These Amazing Quotes Will Make You Fall In...
The festival of colors, Holi in Mathura, Vrindavan...
Everything You Should Know About Measles-Rubella Vaccination Campaign...
The Significance of The Kumbh Mela 2019
This World Map Shows the Literal Meaning of...
Author

Taj Mahal And Everything You Need To Know About It

The Taj Mahal is a world famous mausoleum located in the city Agra on the banks of holy Yamuna. It was built in the 17th century by the Mughal Emperor Shah Jahan to house the remains of his beloved wife, Mumtaz Mahal, who died after giving birth to the couple’s 14th child.  It is one of the seven wonders of the world and jewel of magnificent art in India. Taj Mahal has also been designated as UNESCO World Heritage site in 1983. It is also one of the world’s most celebrated structures and a stunning symbol of India’s rich history. The monument is preserved by Govt. of India through ASI.

Who was Shah Jahan?

Shah Jahan was a member of the Mughal dynasty that ruled most of northern India from the early 16th to the mid-18th-century. After the death of his father, King Jahangir, in 1627, Shah Jahan emerged the victor of a bitter power struggle with his brothers and crowned himself emperor at Agra in 1628.

Who was Mumtaz Mahal?

Arjumand Banu Begum AKA Mumtāz Mahal was an Empress of India during the Mughal Dynasty. Her father was the brother of Empress Nur Jehan (who subsequently became the wife of the emperor Jahangir). She was religiously a Shi’a Muslim.

In 1631, Mumtaz Mahal died after giving birth to her & Shah Jahan’s 14th child. The grieving Shah Jahan, known for commissioning a number of impressive structures throughout his reign, ordered the building of a magnificent mausoleum (Taj Mahal) across the Yamuna River from his own royal palace at Agra. 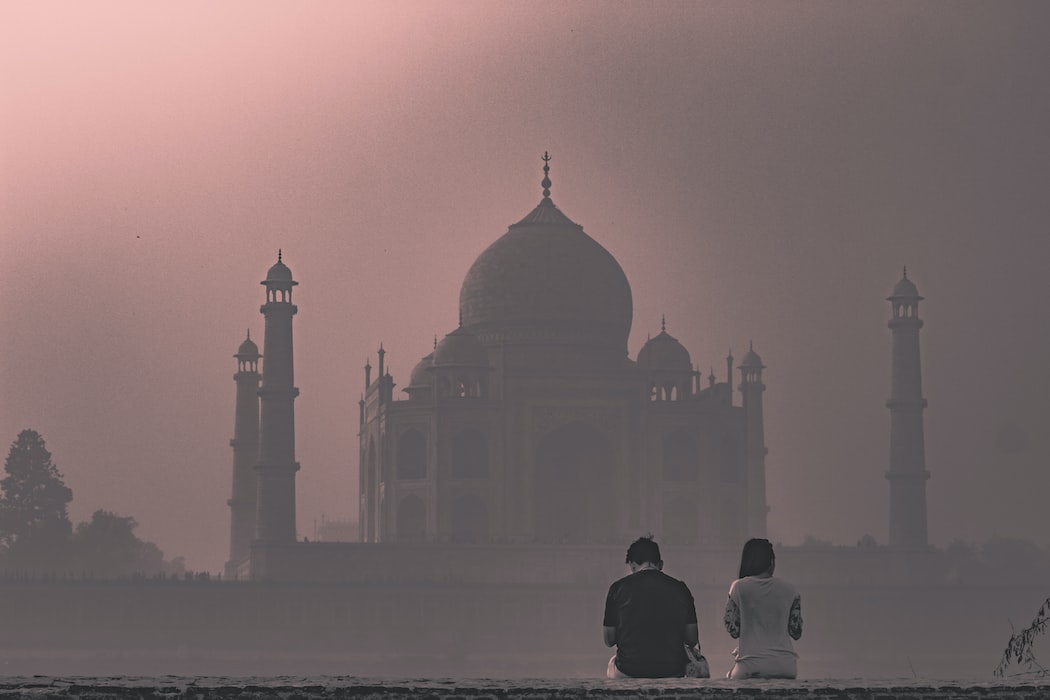 Named after Mumtaz Mahal, Taj Mahal was constructed of white marble & other stones. Everything used in the construction was bought from different regions and countries. Out of which the translucent white marble was bought from Makrana, a well-known place for marbles in Rajasthan; Jade & Crystal was imported from China, the Jasper from Punjab, Lapis Lazuli from Afghanistan, Carnelia from Arabia and Turquoise from Tibet. The construction of Taj Mahal took over 22 years with the help of more than  20000 workers and 1000 Elephants. The Taj Mahal is one of the finest examples of combines elements of Mughal, Persian, Ottoman Turkish and Indian architectural styles.

Its central dome reaches a height of 240 feet and 58feet wide, which is surrounded by four smaller domes (162.5 feet height); four slender towers, or minarets, stood at the corners. In accordance with the traditions of Islam, verses from the Quran were inscribed in calligraphy on the arched entrances to the mausoleum, in addition to numerous other sections of the complex. 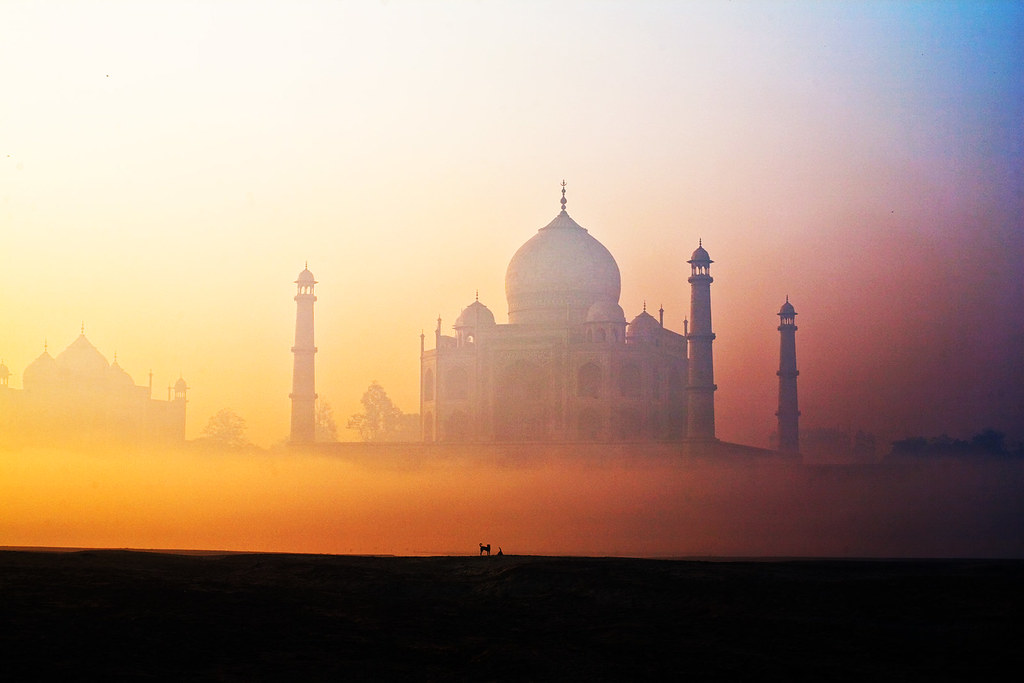 Inside the mausoleum, an octagonal marble chamber adorned with carvings and semi-precious stones housed the cenotaph, or false tomb, of Mumtaz Mahal. The real sarcophagus containing her actual remains lay below, at garden level.

The rest of the Taj Mahal complex included the main gateway of red sandstone and a square garden divided into quarters by long pools of water, as well as a red sandstone mosque and an identical building called a jawab (or “mirror”) directly across from the mosque. Traditional Mughal building practice would allow no future alterations to be made to the complex. 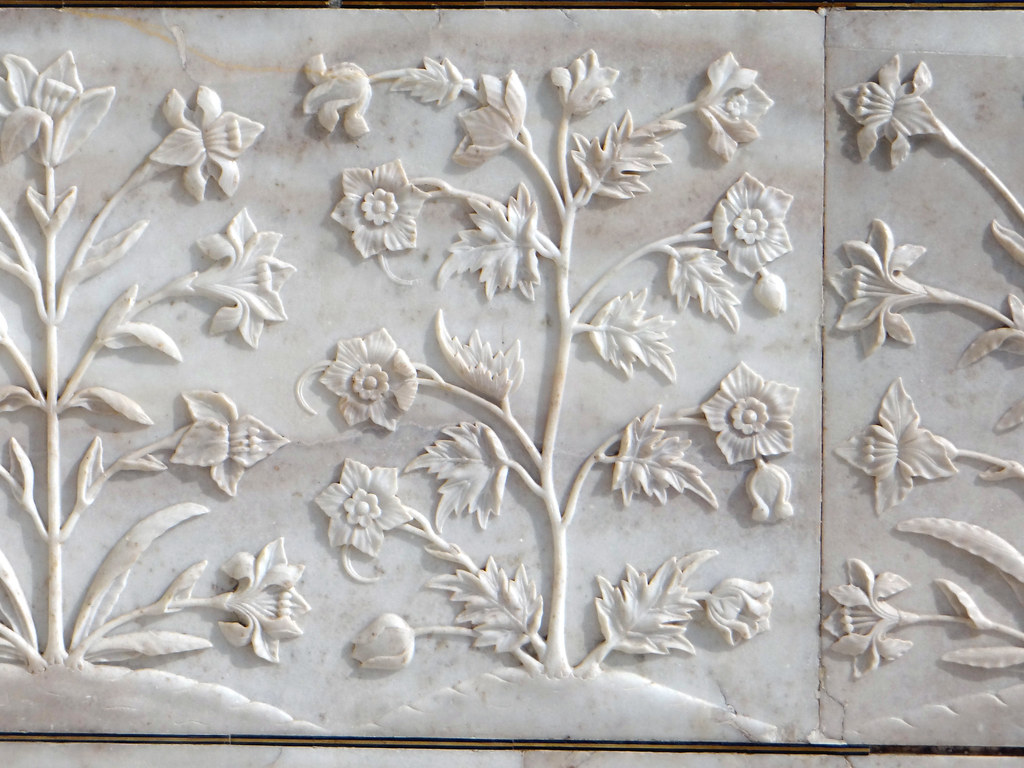 According to one gruesome story, Shah Jahan had his minions cut off the hands of the Taj Mahal’s architect and his workers after the structure was completed, ensuring they would never build another of its kind. 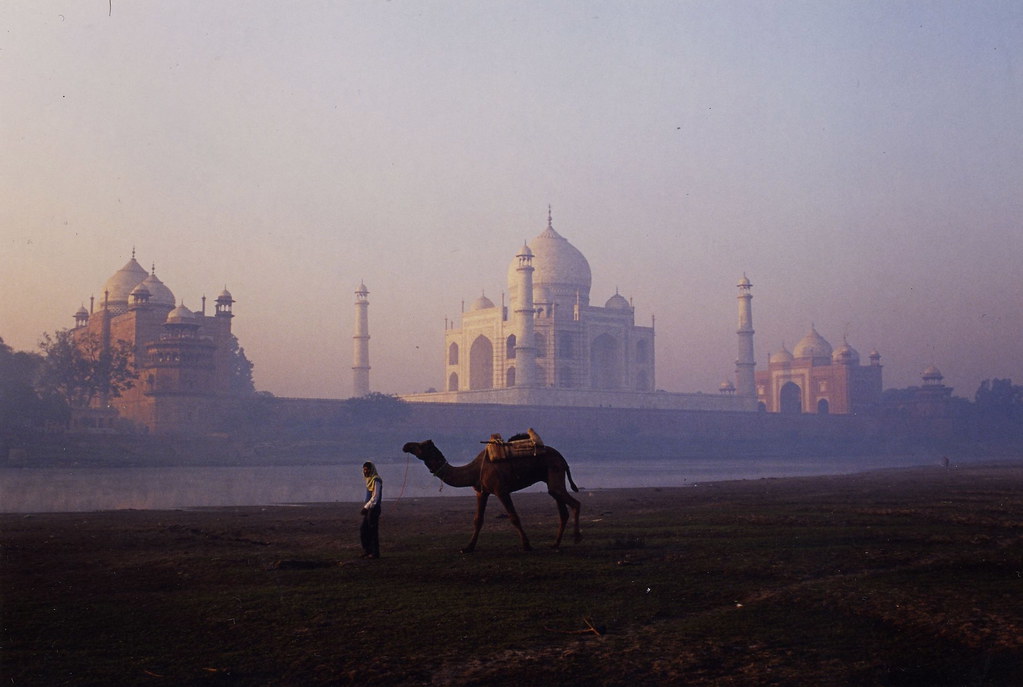 As the story goes, Shah Jahan intended to build a second grand mausoleum across the Yamuna River from the Taj Mahal, where his own remains would be buried when he died; the two structures were to have been connected by a bridge.

In fact, Aurangzeb (Shah Jahan’s third son with Mumtaz Mahal) deposed his ailing father in 1658 and took power himself. Shah Jahan lived out the last years of his life under house arrest in a tower of the Red Fort at Agra, with a view of the majestic resting place he had constructed for his wife; when he died in 1666, he was buried next to her.

Under Aurangzeb’s long rule, the Mughal empire reached the height of its strength. However, his militant Muslim policies, including the destruction of many Hindu temples and shrines, undermined the enduring strength of the empire and led to its demise by the mid-18th century.Even as Mughal power crumbled, the Taj Mahal suffered from neglect and disrepair in the two centuries after Shah Jahan’s death. Near the turn of the 19th century, Lord Curzon, then British viceroy of India, ordered a major restoration of the mausoleum complex as part of a colonial effort to preserve India’s artistic and cultural heritage.

Today, some 3 million people a year (or around 45,000 a day during peak tourist season) visit the Taj Mahal.

How to get there? 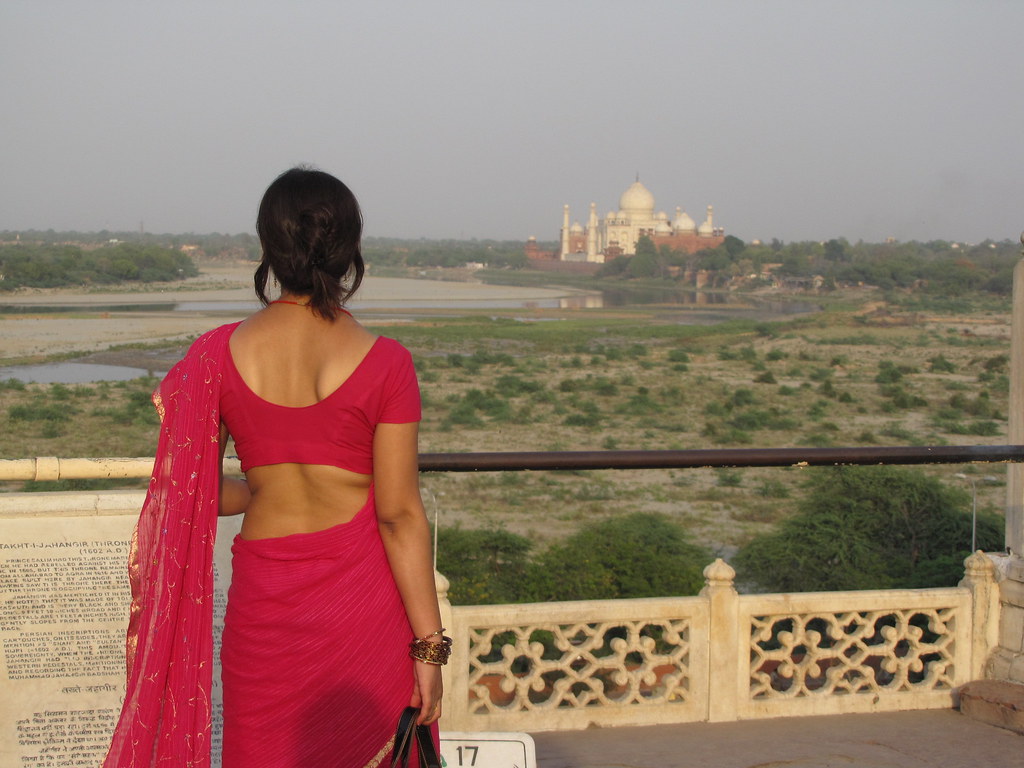 Food: Puri Sabji is really famous there. You should definitely try PANCHI PETHA (sweets) from Agra.

Best Season: Every season is a season to experience this magnificent monument. Also, the night viewing of Taj Mahal is available for five days in a month i.e. on full moon night and two nights before and two after the full moon (with special tickets).

Accommodation: Hotels and hostels are available in the city.